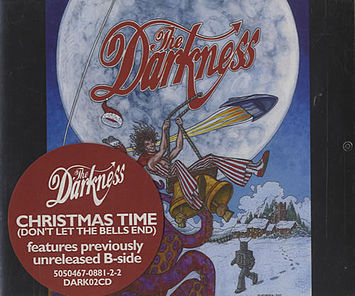 The song is a take on the usual structure of Christmas songs. It features the usual mention of festivities, Santa Claus and bells, delivered with Justin Hawkins‘ trademark falsettos. The school choir that provide backing vocals, which can be heard on the song and seen in the video, are from Haberdashers’ Aske’s Hatcham Collegeschool, in New Cross, London, which Justin and Dan’s mother once attended. Following the humour and tone of The Darkness’ other work, the song also includes a strong level of parody, most notably the double meaning of the line ‘Bells End’ and ‘Ring in peace’. The song appeared as the backing track for the Christmas version of Adult Swim‘s iOS game, Robot Unicorn Attack, which was released in November 2010. The song was also used to advertise Sky One‘s Christmas programming in 2003.

When asked about the meaning of the song on a television special, Hawkins stated “we managed to get bellendinto a Christmas song without it getting banned! (And ringpiece!)”

I Believe in a Thing Called Love