The Darkness are raising hell in the video for their new single ‘In Another Life’, taken from their critically acclaimed Top 10 album Easter Is Cancelled out now via Cooking Vinyl.

‘In Another Life’ is a gargantuan rock opera, celebrating the multiverse theory running through their quasi-concept album, with the song capturing love and loss. The video finds frontman Justin Hawkins banished to hell, only to be redeemed by the power of rock pulsating through his guardian angel band mates Dan, Frankie and Rufus and archangel Abbey Clancy. 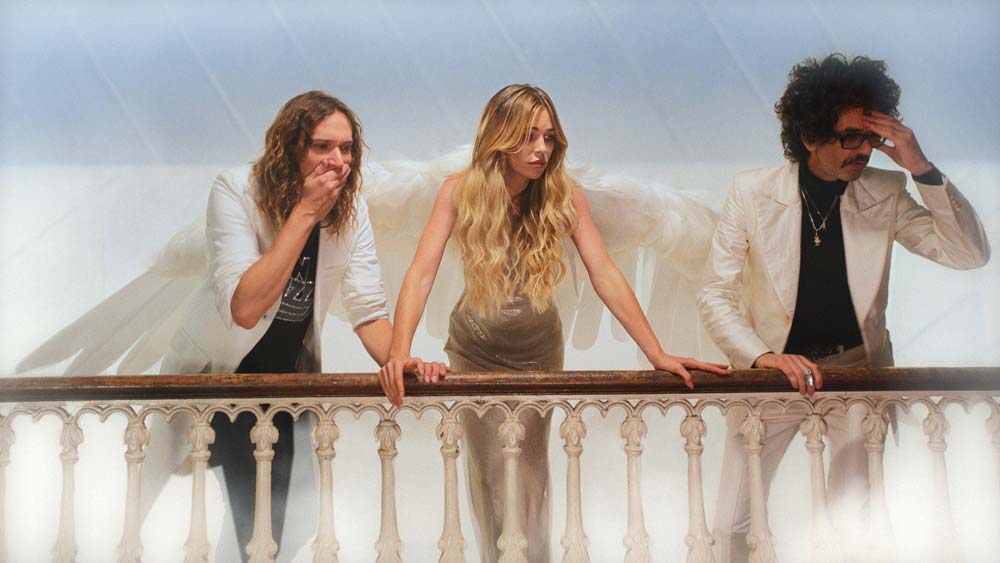 Regarding the video Abbey Clancy says, “It was so much fun saving Justin from the fiery gates of hell. I’m a big fan of The Darkness and I’m so happy they asked me to be involved. The guys made the video shoot so easy and we had so much fun on set. It looks amazing, and playing an angel was a heavenly way to spend the day.” 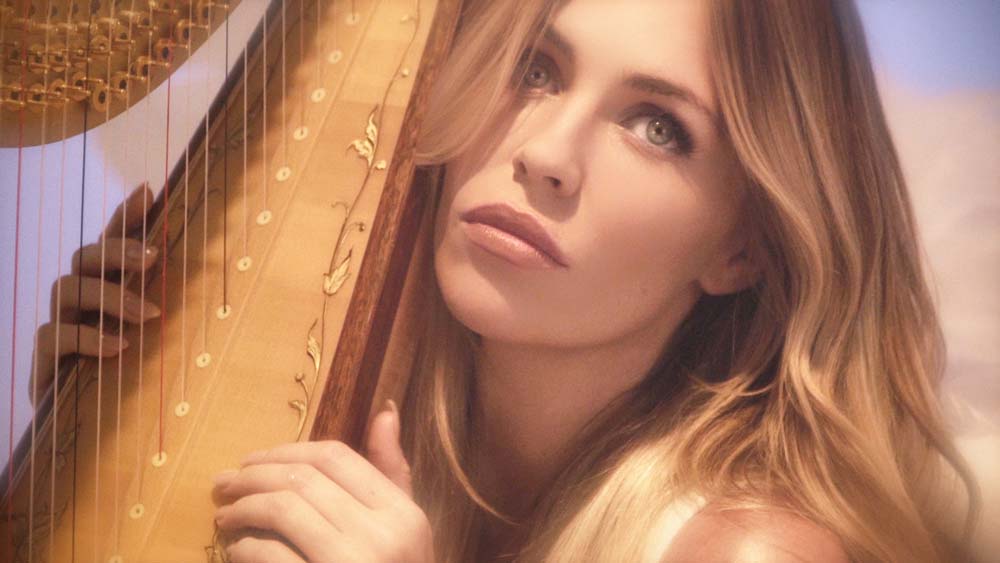 Continuing Justin says, “These days music videos are too often an afterthought when structuring an album campaign… “walk towards the camera looking mean… ooh, jump off that… Make it look like that thing is going up your bum” the director suggests, and like spaniels we obediently do so, at the expense of dignity and self respect. The results are invariably rubbish.

“In Kristy [Currie, Director], we have found our saviour. She came to us with an entire concept, storyboard, shot list and cast. All we had to do was look fabulous and “act”. It was like the glorious olden days, when everything we did mattered enough to be done properly. Kristy is brilliant and passionate and I hope we get to work with her again!

“I know from my own experience that when one is as beautiful as Abbey Clancy, there is no obligation to be nice to anybody. There’s no obligation for her to do anything at all, the sheer force of her beauty will bend the universe to her will. Nevertheless she is the living embodiment of grace and kindness. Aside from her brilliant acting and dazzling appearance, she was awesome company and we had a great laugh all day. I’m beginning to wonder if perhaps she is an actual angel. Anyway, I’m a disciple of Clancy and I make no apologies for that. I hereby dedicate my life to her.

“I hope folks enjoy this vid, it was a thrill to make. We all insisted on doing our own stunts so this may be the last The Darkness music video for a while as we explore opportunities in Hollywood.” 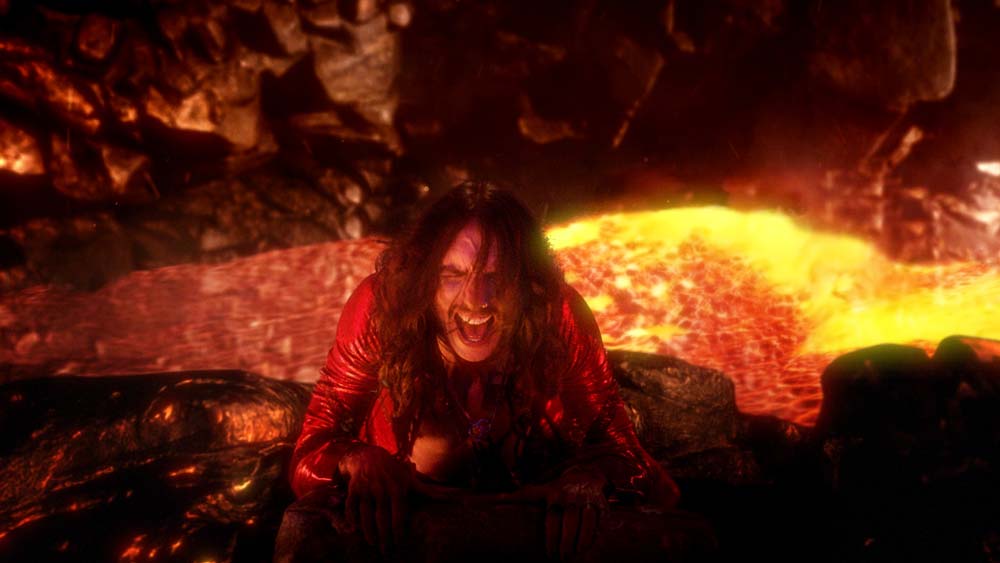 The new album Easter Is Cancelled is the band’s most diverse and exciting yet, examining the role of the musician in the barbarous culture of the world today. At the heart of the tale is love, loss and heartbreak, where redemption is ultimately found in the brotherhood of band friendship and the power of the guitar. Released in October 2019, Easter Is Cancelled became the band’s fourth Top 10 album and topped the Official Charts Top 40 Rock And Metal Chart and the iTunes Rock Chart, while the record has achieved over 3 million streams on Spotify alone.

The album was released to swathes of critical praise while the previous singles ‘Heart Explodes’ and ‘Rock And Roll Deserves To Die’ proved a radio hit on the playlists of Radio 2, Absolute, Kerrang and more. The hilarious video for ‘Rock And Roll Deserves
To Die’ has also individually surpassed 1 million views.